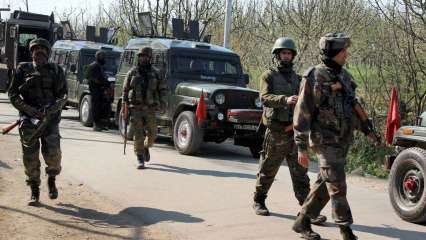 Nine terrorists have been killed in two separate encounters with safety forces in Jammu and Kashmir in the final 24 hours, the Indian Army stated on Sunday.

One Army soldier additionally misplaced his life in the encounter on Sunday.

Army sources the encounter on Sunday foiled an infiltration try alongside the Line of Control (LoC). Five terrorists have been eradicated alongside LoC in Keran sector from the place they have been making an attempt to infiltrate into Indian territory.

Two troopers have been critically injured in the operation and evacuation have been hampered by heavy snow and tough terrain situations.

“A group of 3/4 terrorists was killing civilians over the last 12 days. 4 such killings were done by them in South Kashmir. Police was able to track them down and an operation was launched this morning in which all 4 of them have been neutralized,” the police stated.